live feature: Bored? God Has Plans For You

In spring 2016, CBWOQ supported the set-up of Ntlo ya Setshabelo (House of Refuge) through a New Initiatives grant. Read Aimee’s thank you letter to CBWOQ here. You’ll get a sense of how important Ntlo Ya Setshabelo’s ministry is to vulnerable girls. This article first appeared in the January/February 2016 issue of live magazine.

Since this article first ran, Ntlo ya Setshabelo (House of Refuge) has become reality! 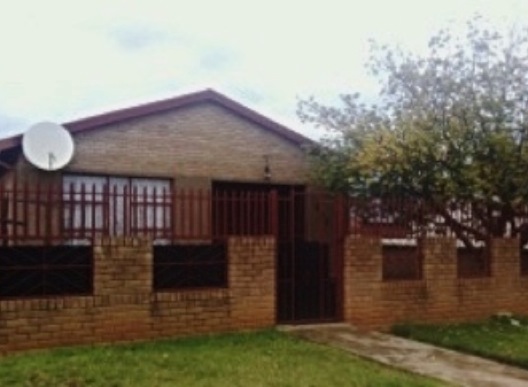 If everything proceeds as planned, the House of Refuge in South Africa will open its doors for pregnant teenagers in the middle of 2016. The House of Refuge will help pregnant teens to become godly mothers. There is not support for pregnant teens in this community and the majority of them would choose abortion as their first option. Aimee Hurtubise, a missionary from Canada and the newest missionary team member of Ignite South Africa is a director of the House and she is very excited to see where God will take this ministry and how He will provide for it.

live magazine asked Aimee about her calling to missions.

live: Over the years, how have you made yourself available for the Lord?

Aimee: Initially, making myself available to the Lord was the result of none of my plans coming to fruition . . . to the point where I said “OK God! Whatever you want me to do is fine.” And He started out small, asking me to get more involved in my church. So, when He brought up the idea of short-term missions and then full-time missions it wasn’t a huge leap. Now, the trust is there. Because He has provided both the passion and the resources for whatever He has asked of me in the past, I know that He won’t ask me to do something that I will really dislike or am completely incapable of doing.

It’s that first step that’s the scariest even though it’s often the smallest because you’re not sure that the ground you’re stepping onto is solid. Once you’ve taken a few steps and know that God is holding you up it is easier to keep moving forward, and keep yourself available for God to lead you.

live: When was the first time you went to South Africa and why?

Aimee: It all started out with boredom. I was 25, living at home, working at a job I didn’t care about and I started hearing about random friends going on two-three month mission trips. So, I started researching different organizations and trips online because I like to travel and I thought “Why not?” I found a small organization in South Africa and joined them for an eight-week summer internship in 2006.  I followed that with a yearlong internship and then three years on staff! God used my boredom to reveal my calling.

After four years in the field I returned to Canada at the end of 2010. I knew God was calling me to a different type of ministry and that He was calling me home for a time of preparation until He sent me out again. While I was home I worked as an accounting specialist and found a new home church in the city where I worked. In April 2013 I joined the board of Canadian Baptist Women of Ontario and Quebec. God used all of these new experiences and connections as He prepared me to go back on the field.

live: How did God call you the second time?

Aimee: God called me the second time, while I was still on the field the first time. He really challenged me to discover what His calling was for my life through books, personal Bible study and staff members. [Through all these sources,] I discovered that God has called me to create opportunities for others to experience His unconditional love, especially children and youth at risk. I realized that although I was where I was supposed to be at the time it wasn’t where I was supposed to stay.

The biggest shock for me was that He called me back to the exact place that I had left years earlier! Those who had continued the work of the organization wanted to start a home for pregnant teens and that was exactly the type of ministry that God has called me to.

live: Was it hard or easy to leave your steady life in Canada and return?

Aimee: Some aspects of leaving life in Canada were hard like leaving family and friends once again, knowing that I would miss being physically present for the big and small moments of their lives.  But most of [the transition] was relatively easy. It helps that I was returning to a place and culture that I was familiar with, to work with people that I have known for years.  It also helped that I always knew I would be heading overseas again so I always knew that my life in Canada was temporary.

live: How has this mission trip impacted your spiritual life?

Aimee: God is challenging me to step outside my comfort zone and push the boundaries of what I think is possible. And He is challenging me this way in all aspects of my life, including my spiritual life. It’s been a lot of God saying, “No you are going to do this,” followed by “See I told you, you could do it.” Another way my spiritual life has been impacted is in the importance of the small acts of service, whether it is setting out chairs for church or doing dishes. God is constantly reminding me that the seemingly small things in life really do matter and that includes things like daily devotionals and prayer.

live: How is the ministry going now? Do you feel you are in the right place?

Aimee: Ministry is going well. I have adjusted back into life in South Africa and am getting comfortable with all of my responsibilities. It is, however, more paperwork, planning and time to get the home up and running then I originally thought. But I know it will happen in God’s perfect timing.

Yes, I definitely feel that I am in the right place at the right time. Despite the huge learning curve that comes from doing something that is completely new to me, I am in a place and with people who give me a lot of grace and support as I grow and learn. I also have an overwhelming peace that I am exactly where I supposed to be . . . that peace that only comes when we are in the will of God.

By Yevgeniya (Jenya) Bakai
Jenya and her husband Steve worship at Greenborough Community Church, Toronto, where Steve is the pastor. Jenya is the president of CBWOQ’s board and a former journalist from the Czech Republic.